Episode 4 : Mother of All Battles

Episode 8 : The Curse of El Chupacabra

Episode 9 : Rumble in the Big House

Episode 11: And He Does His Own Stunts

Episode 12: Showdown in the Old West

Episode 13: Queen of the Shadowkhan

Episode 17: Armor of the Gods

Episode 19: Tale of the Demon Tail 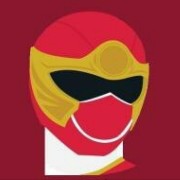 Honey Bunny In Gangs of Filmcity Full Movie in Telugu