In the Avatar: The Last Airbender universe, there are people who are able to manipulate, or “bend”, the four elements: Air, Water, Earth, and Fire. Along with the four elements, there are four nations that correspond with each element. Not everyone can bend an element, and those that can can only bend one. However, the Avatar is a being able to manipulate all four elements as well as communicate with the spirits. The Avatar is also born into one nation, and after dying, is reincarnated into another nation following the pattern of Air, Water, Earth, and Fire. The series takes place 100 years after the Fire Nation declares war against all other nations and has killed off all airbenders in search of finding the Avatar, who has been reincarnated as an airbender named Aang. The Avatar, trapped in ice for 100 years, knows nothing of the war. The series starts with Aang being accidentally freed by Katara, a waterbender. The series then primarily follows the adventures of Aang and his companions, Sokka, Katara, and later Toph and Zuko, as he tries to master all four elements and defeat the Fire Nation. There is also a strong secondary focus on Zuko, the banished and disinherited crown prince of the Fire Nation. Zuko was scarred in a duel with his own father, the current Fire Lord, and is obsessed with trying to capture Aang to regain his father’s favor and in doing so restoring his honor.

04. The Warriors of Kyoshi

15. Bato of the Water Tribe 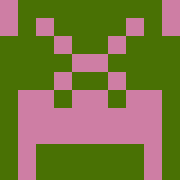